The design process for our sets was difficult, and there were many bumps along the way. However, through ridgid planning, and some hard work, getting each set designed was easy.

The designing began with talking with the dramaturg, who was responsible for making all of the necessary changes to the script, which in this case was updating the scenery to our new scenario, that being Romeo and Juliet in a modern day prison facility. I had to talk with them, and work out what the actual sets we needed, were. After that process, notes were taken detailing the information given.  I then compiled all of those notes into a small table, detailing the name of the scene, key props needed for the scene, etc. This allowed me to go back and reference this chart, as it acted as both as a guideline, and a checkpoint. It showed me where I was, and what I had left to do. But the chart was only one of the first steps in this whole process.

After the set had been decided upon and approved, I then set out to research phase. I spent loads of time researching American prisons, and other prisons from around the world. Once I had an understanding of their dimensions, the way they were built and what was were in them. I’d then go on to create a mood board, acting as an inspiration for my work, and a reference point for the information I’d collected earlier. After the research, I’d then move onto the next step of the design process I had made for myself.

This meant the paper sketch. The paper sketch was to get a feel of the stage, the dimensions, everything in relation to each other, etc. The paper sketch definitely acted as a sort of skeleton or blueprint for the 3d design. It was beneficial to the 3d design.  And speaking of the 3d design, it was difficult. I’d never once in my life used sketchup. However, after some tinkering and screwing around in the program, I found it wasn’t too different to Fusion 360, and was very intuitive. It made stage design accessible to everyone with the tools given to them. The 3d design is the pinnacle of the design process, the end goal… other than actually making the set itself.

All in all, I’d the hardest part of designing the set was trying to keep true to the real world, even with the creative freedoms we were allowed within this world of fiction, whilst keeping the story of Romeo and Juliet intact. In a modern day prison, both sexes are almost never allowed to interact with each other. But we found workarounds to these issues through real world scenarios. And so none of the sets made were compromised. 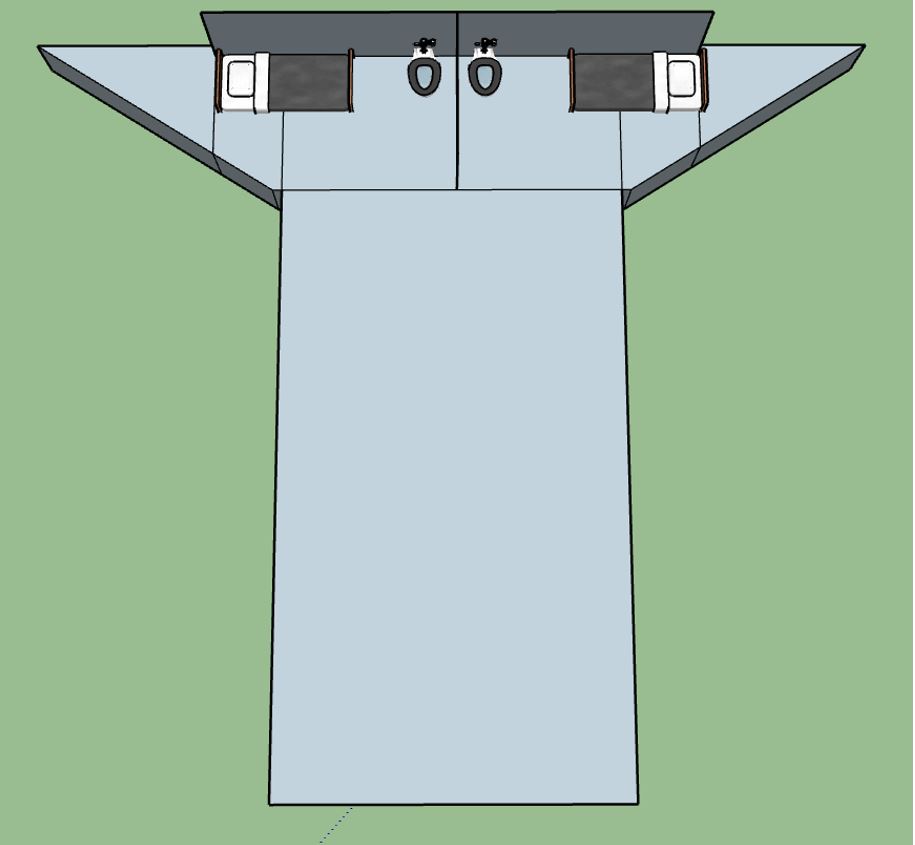 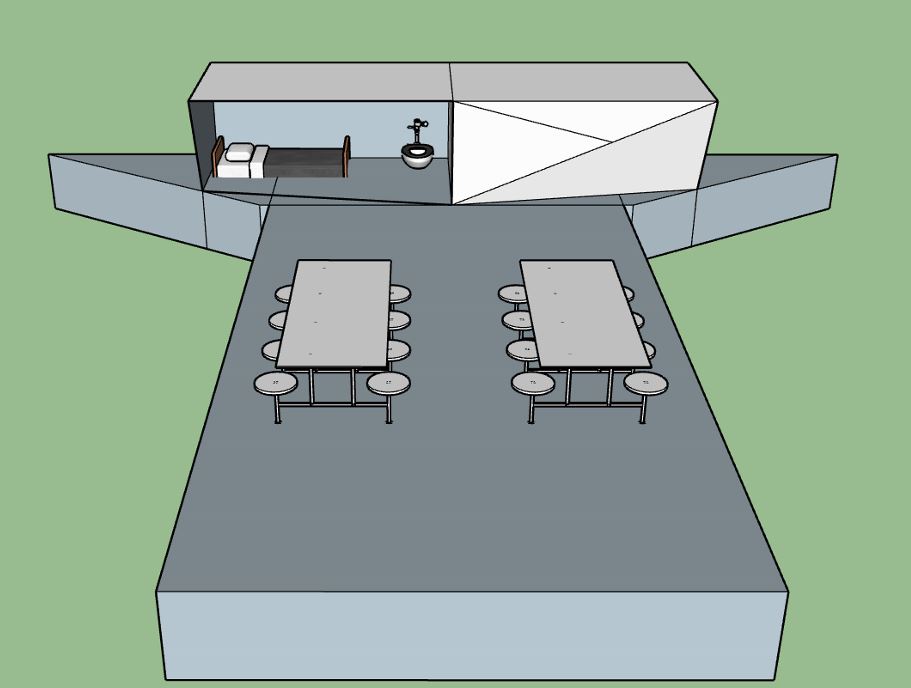