In this production, Romeo’s character is a hitman, which immediately deemed his felony as a federal offence. This resulted in him wearing orange coloured jumpsuits. His rebellious and carefree nature is seen in minor details of how he wears his uniform. He often wears only the bottom half of his jumpsuit, revealing his tattoo (a heart that has Rosalina’s name written through the middle, and was changed into a broken heart after the two split up) on his upper arm.

Juliet was accused of the attempted murder of Paris, which means she wears blue scrubs, as she did not manage to finish the murder. Juliet is almost always wearing a sweater or a jacket with plain white shirt underneath without her blue scrubs. The way Juliet wears her uniform lets her have a sense of freedom that she never had with her family. She often cuffs her pant legs and her sleeves to add her personal touch.

Mercutio’s personality overflows with wit, imagination and a strange, biting satire and brooding fervour. In the original play, he tries to convince Romeo to view love as a simple matter of sexual desires, and we’ve chosen to carry his personality through to our adaptation. Mercutio wears his blue jumpsuit unbuttoned with a long sleeved shirt rolled up at the sleeves, and he wears only his rubber shower slippers instead of the issued boots. He wears a locket necklace to ‘complete’ the edgy look, and keeps his hair relatively messy.

There was a challenge in taking a limited choice of clothing and still convey the characters' personalities as unique individuals. By rolling up sleeves or cuffing up pants, wearing their boots unlaced or always wearing their rubber shower slippers, I was able to indicate whether the character was a rule-breaker or a rule-follower.

The colours of the uniforms were a significant aspect to take in mind as well. In multiple country jails from America, inmates wearing orange put custody officers on notice that they could be violent or unruly, or that their crime was of a violent nature. Inmates wearing blue usually signify that their crimes were a misdemeanour or a non-violent felony, or have been deemed as a low threat for other reasons. 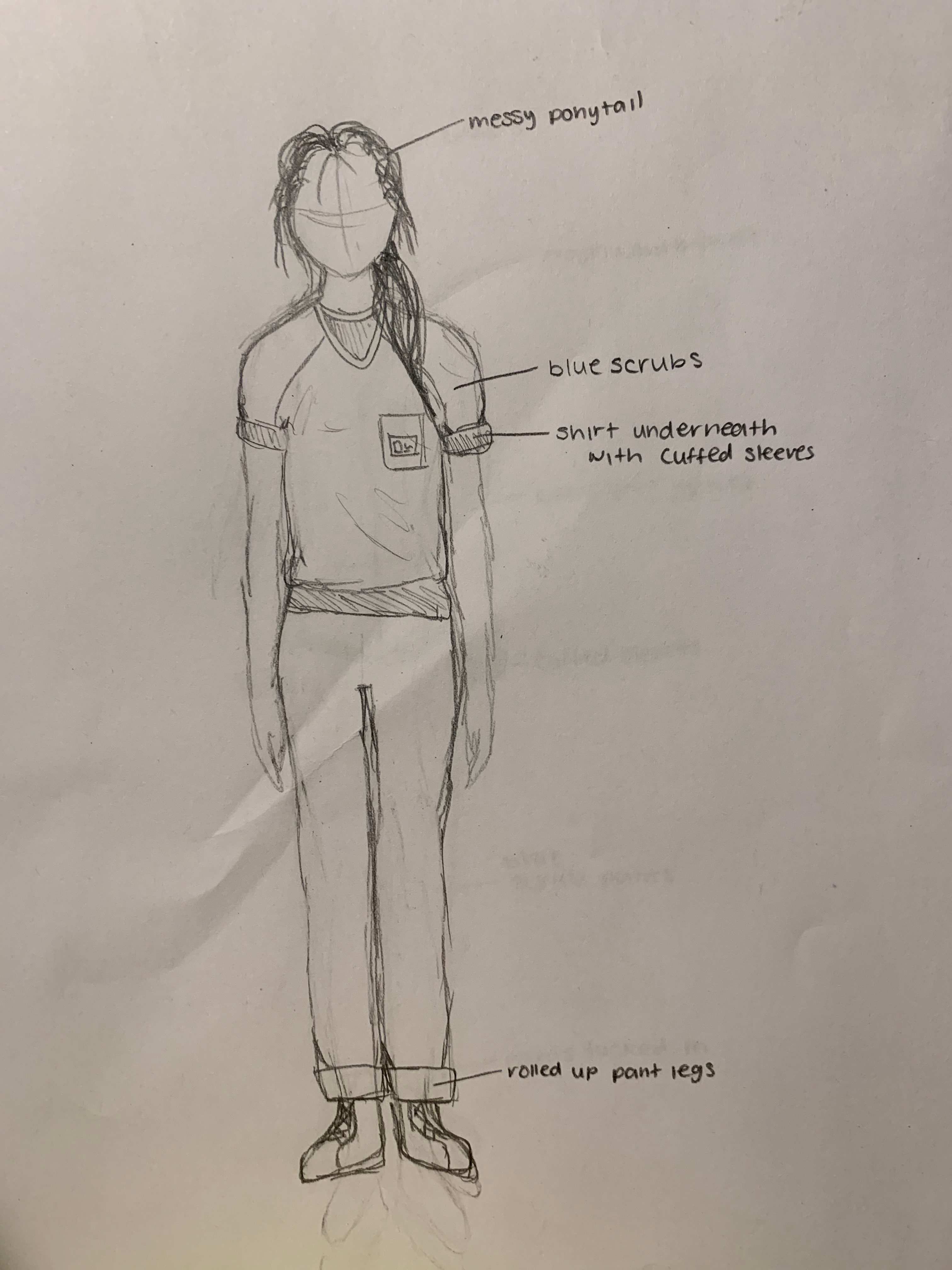 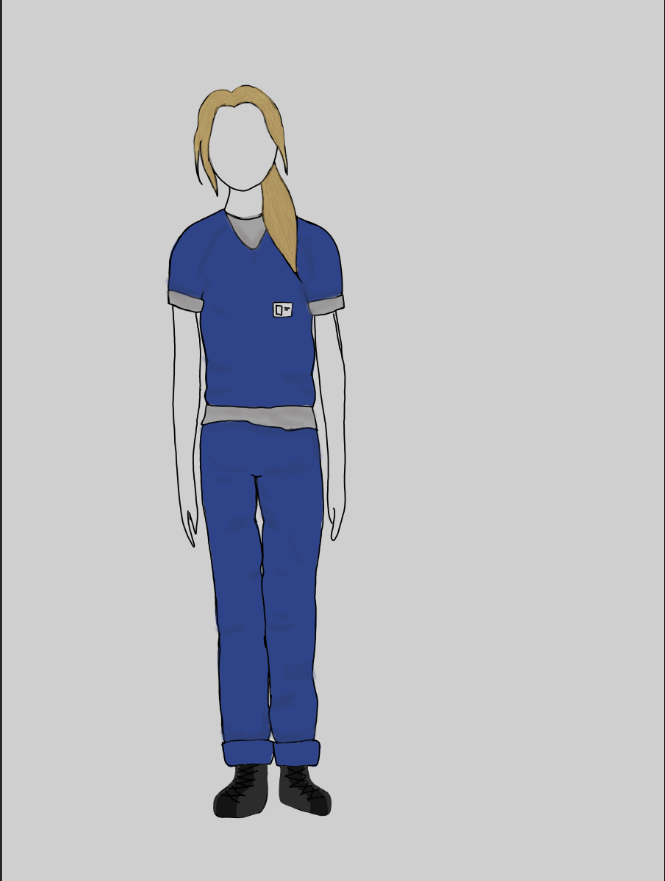 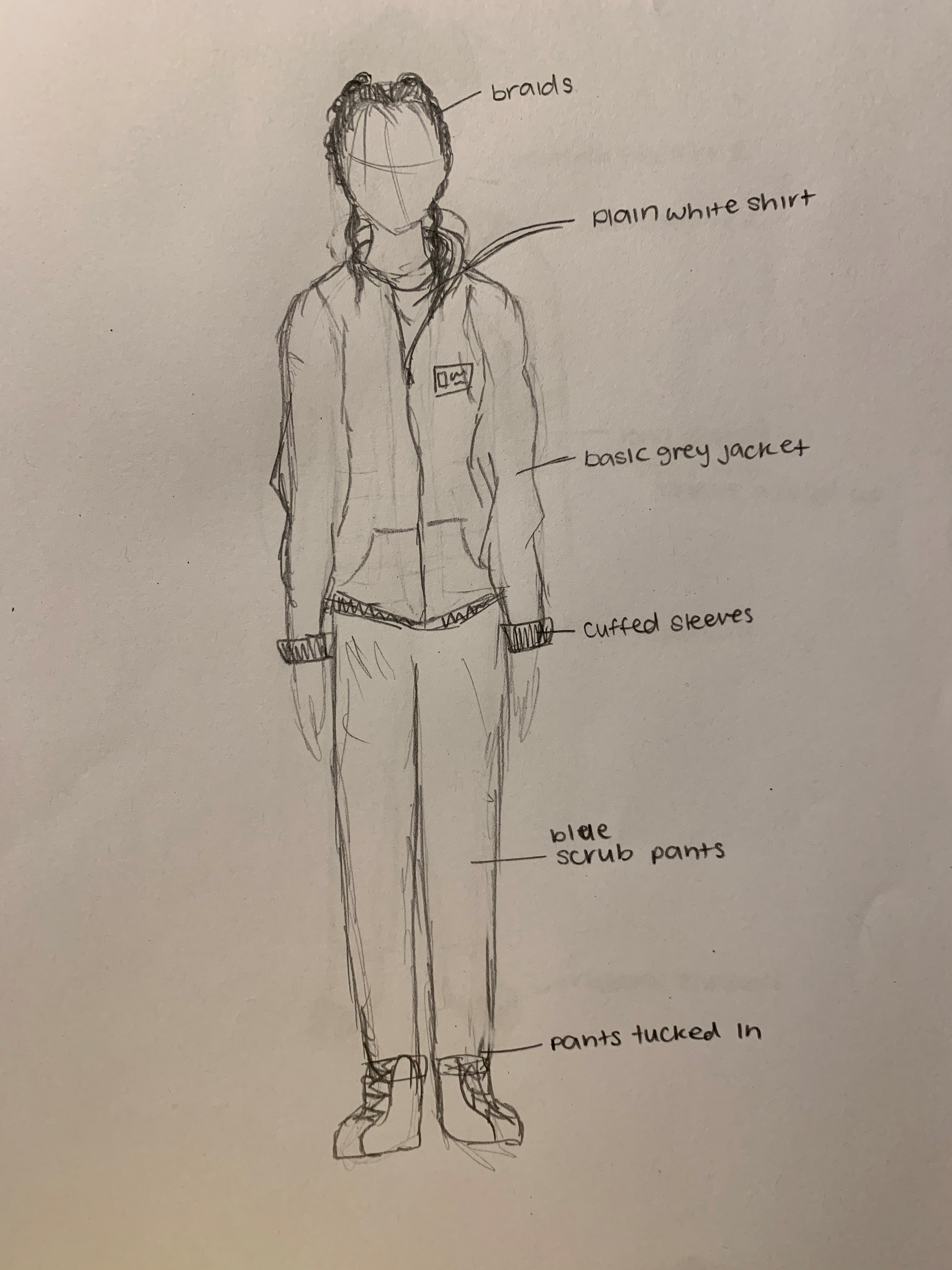 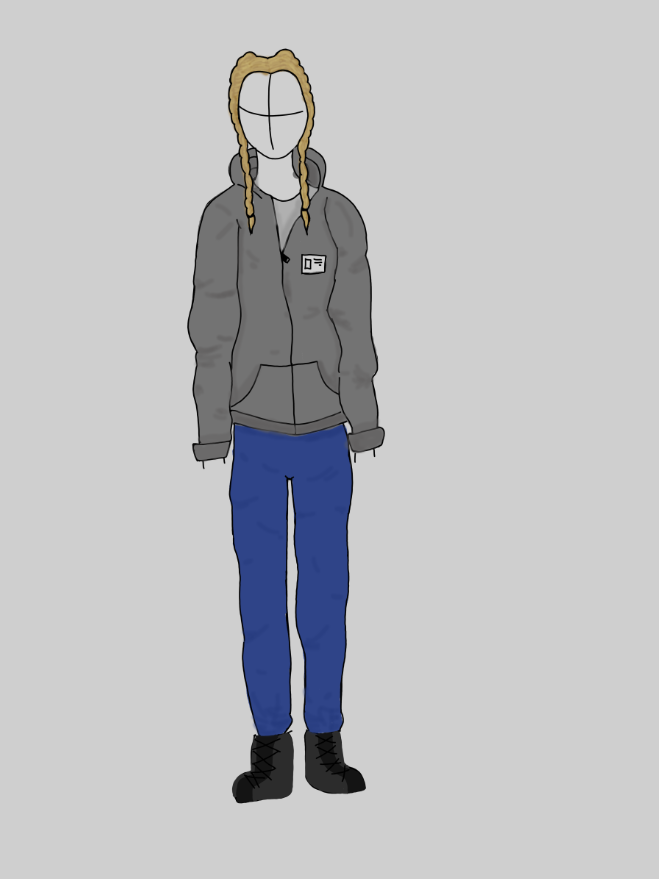 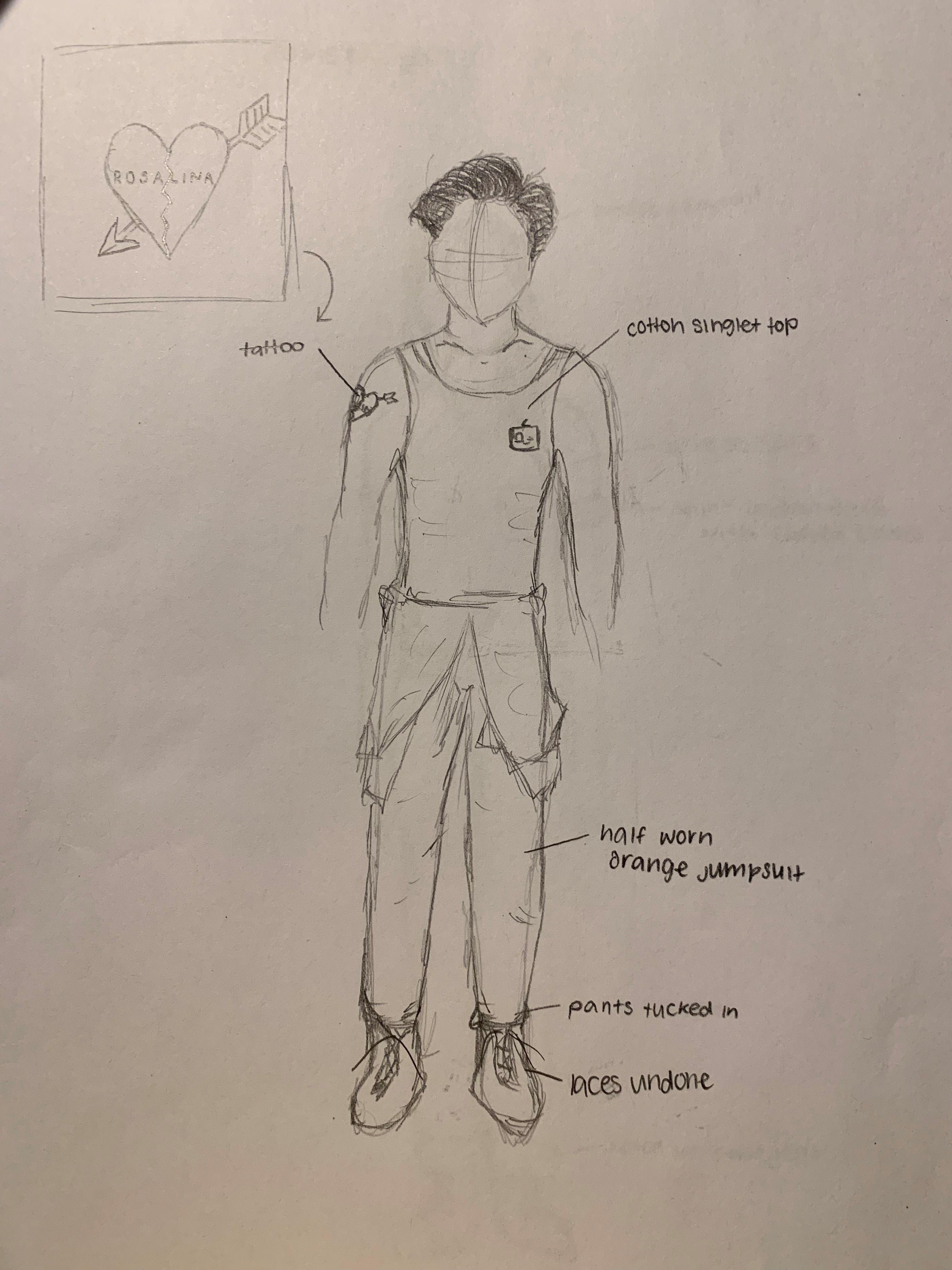 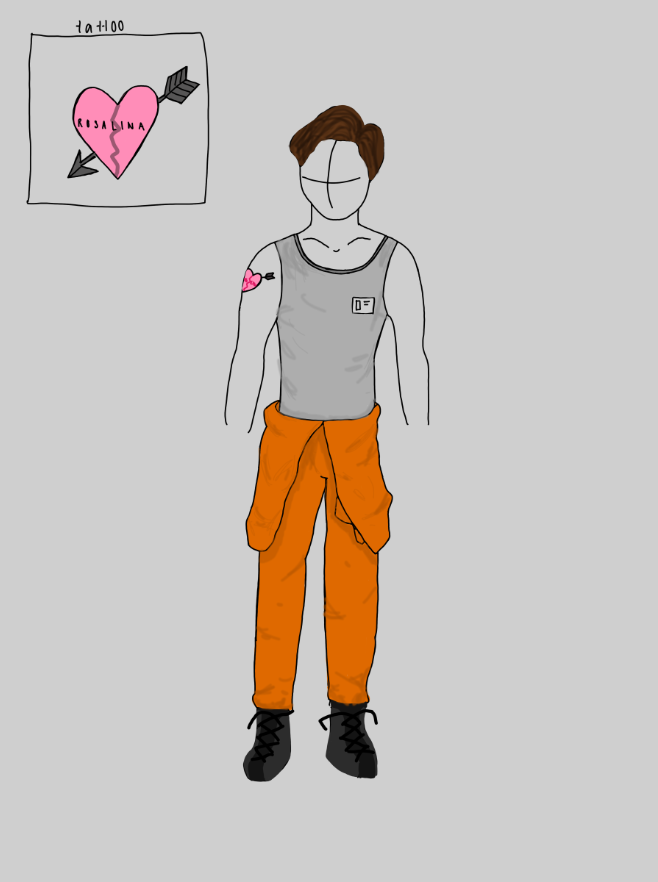 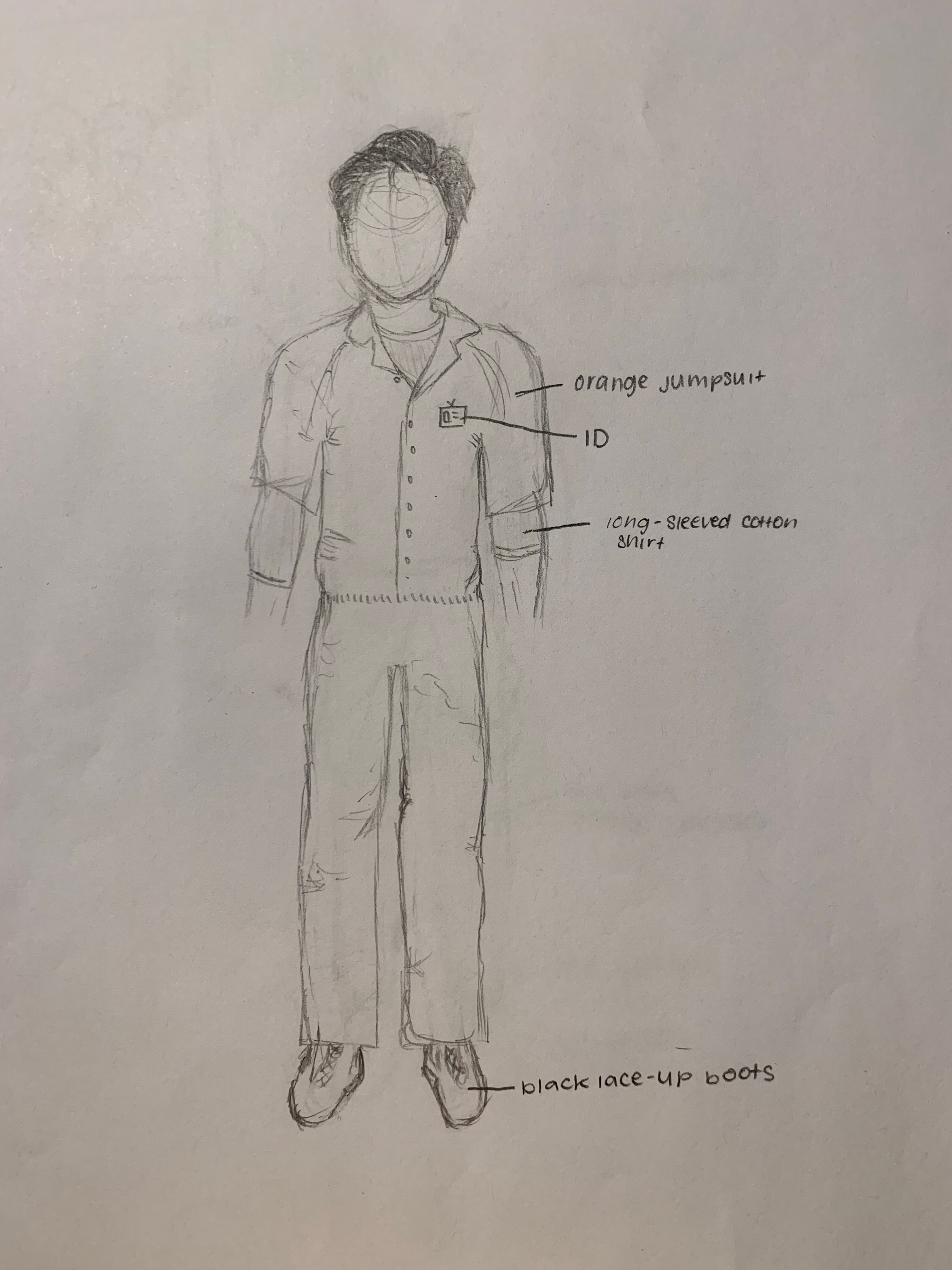 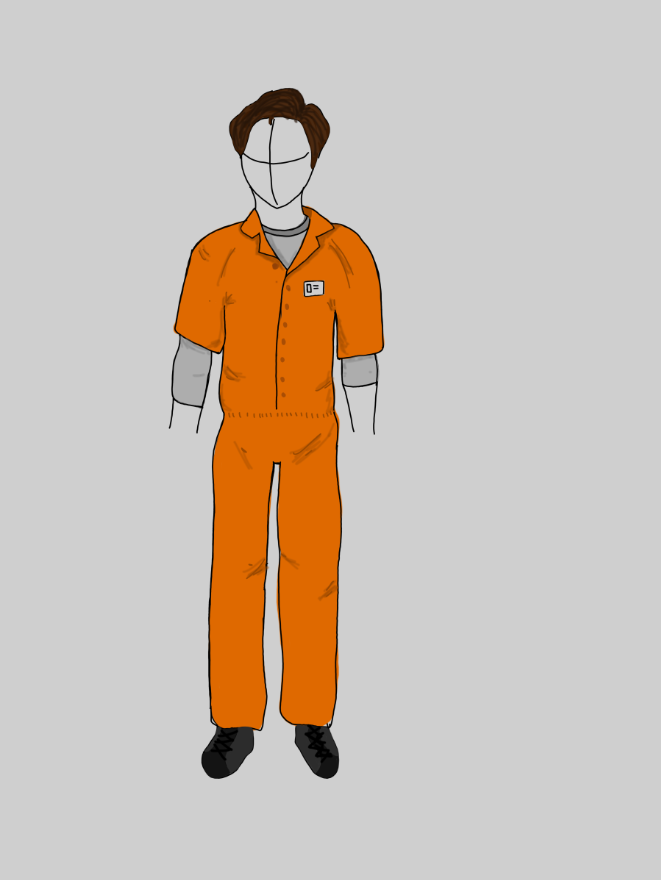 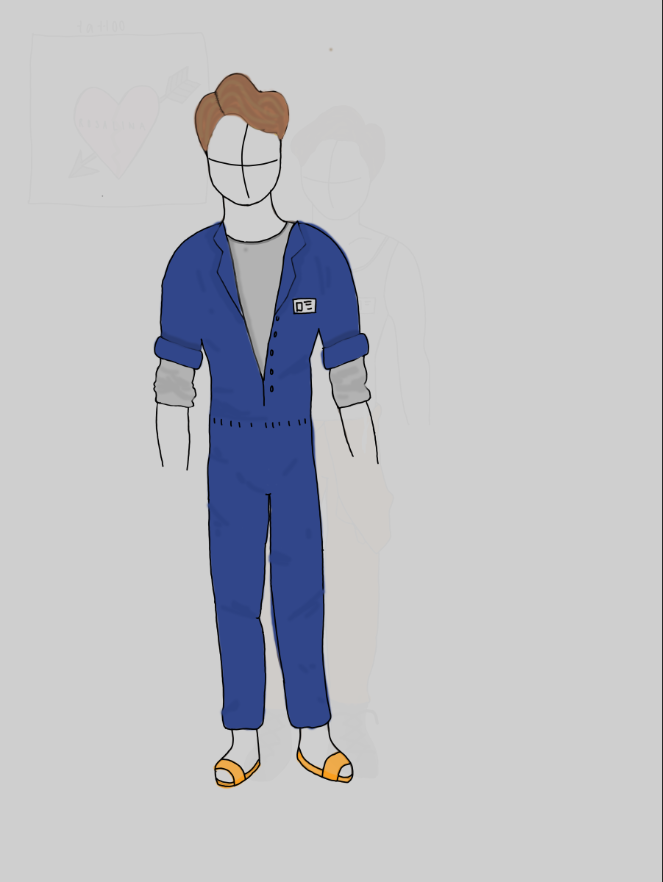